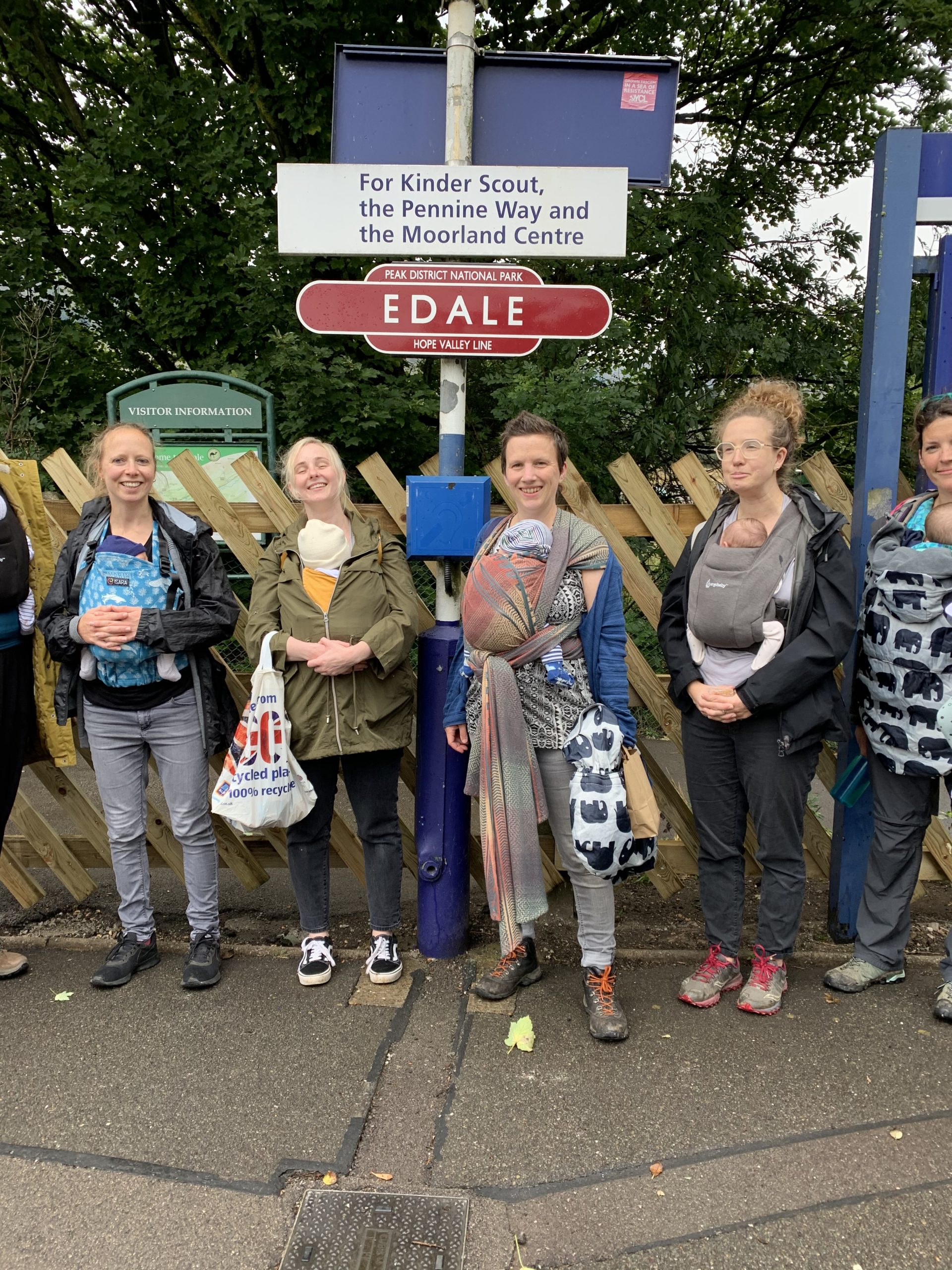 Families enjoy a day on the Edale Sling Express

Mums and babies in Sheffield enjoyed a day out by train on the scenic Hope Valley line as part of a scheme to encourage young families to feel comfortable on the railway.

Ten mums and their children were fitted with slings borrowed from the Sheffield Sling Library – which offers a collection of hundreds of slings and carriers to try out, allowing parents to borrow a carrier to take home.

Once kitted out, they travelled by train from Darnall station to Sheffield station, before heading out on their train journey and a walk in Edale in the Peak District National Park.

Arriving in Edale, the group were greeted by HP&HVCRP Officer, Catherine Croney, along with Anna Jennings, Ranger for the Peak District National Park.

The group enjoyed light refreshments in Edale Village Hall, courtesy of the Penny Pot café, handily located next to the railway station.  Following a short talk from Anna about the Countryside Code (#peakdistrictproud), everyone was ready for a walk up to the National Park Visitor Centre, where there is lots of information about the National Park and Edale, the start of Britain’s first National Trail, the Pennine Way.

The Ranger led guided walk carried on around Edale village before the group gathered at Edale station ready to catch the train back to Sheffield.

“The whole day was a great success; all down to joint working between the rail industry, Sheffield Passenger Transport Executive, Sheffield Sling Library and the Peak District National Park as well as our Community Rail Partnership. All the mums enjoyed their trip by train from Sheffield into the stunning Dark Peak landscape of gritstone edges and heather moorland.  Many said that they would be returning to the Hope Valley by rail with other family members.”