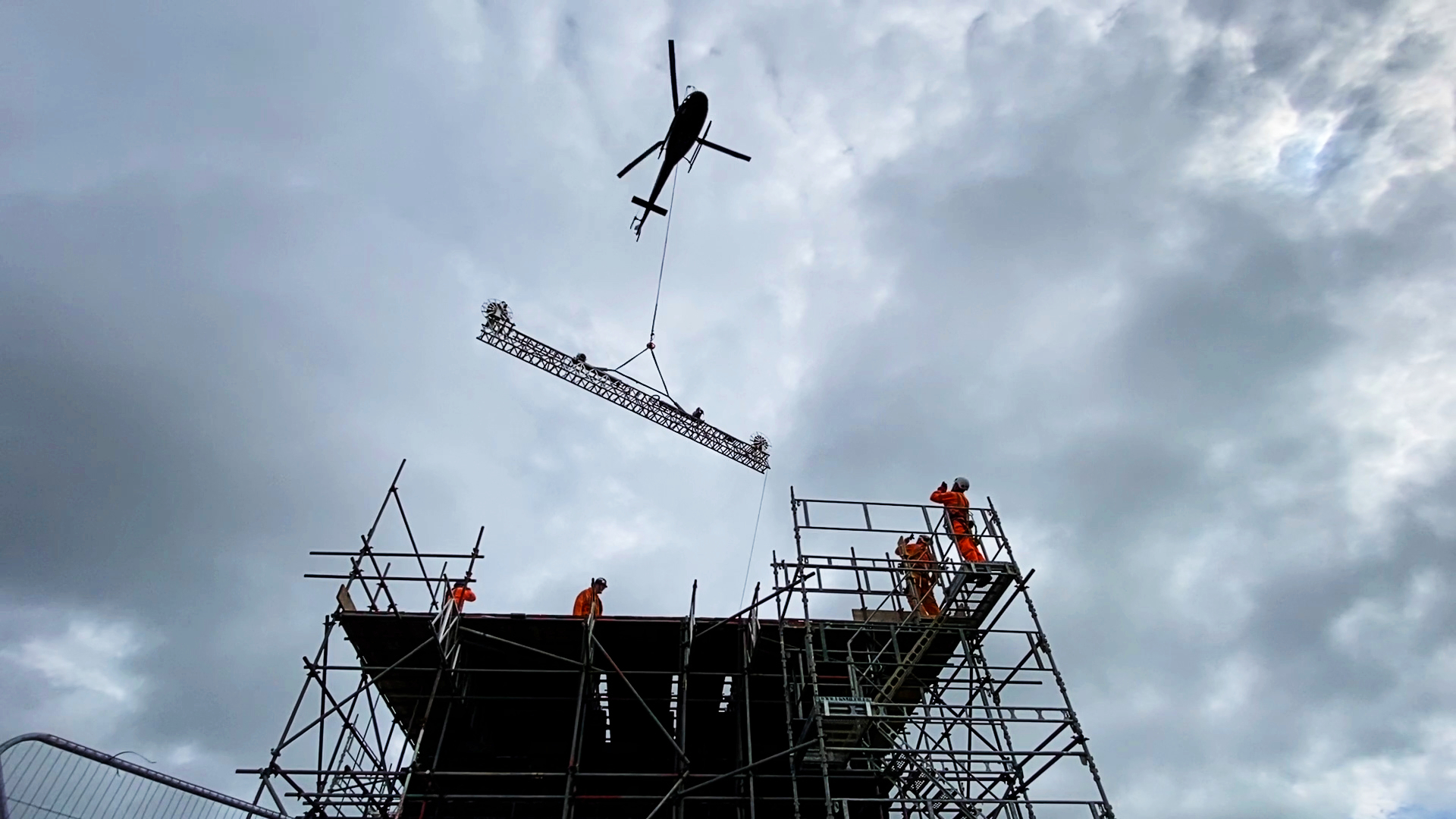 Ever wondered what that tower on Rushup Edge is? Or why there has been so much activity there in recent weeks? It’s all connected to the railway and keeping the Hope Valley line trains running into the future.

In a rare move construction materials have been airlifted into position by helicopter for essential repairs to a ventilation shaft in one of the deepest railway tunnels in Britain.

The tunnel between Edale and Chinley goes underneath key peaks near Kinder Scout and Mam Tor in the Peak District National Park. Because of its remote location, helicopter pilots were drafted in to transport vital materials and components for work on the tunnel’s ventilation shaft.

Vertically dug 241 metres into the hillside, it’s one of the deepest railway ventilation shafts in the country. If it were a building it would be taller than Canary Wharf in London.

To solve this Network Rail engineers has installed a sophisticated system of drainage pipes to collect the water in a controlled way so it can be diverted into drains in the tunnel itself.

This will protect the 127-year-old brickwork and reduce the risk of passengers and freight on the busy Hope Valley line from future delays caused by the water leaks.

Dennis McGonnell, Network Rail works delivery manager, said: “It’s a huge privilege to keep heritage structures like Cowburn Tunnel in good condition for rail passengers and freight and it’s amazing to see up close the quality of the Victorians’ workmanship.

“We work on a lot of structures in remote locations but working in a tunnel this deep and using helicopters to get materials to site is rare. It makes you realise what an amazing feat of engineering building this tunnel and ventilation shaft was all that time ago without the modern machinery we have today!”

For the new pipes and water collecting devices to be installed, engineers built a temporary lift platform to work from using winches and pulleys. Network Rail teams were lowered into the ventilation shaft in a custom-built cradle, similar to their Victorian predecessors who excavated the shaft 127 years before them. Doing the work this way meant trains could still run in the tunnel below without disrupting passenger or freight services. Drainage improvements at track level could only take place on Saturday nights when trains weren’t running.

The work started in August 2021 and finished this week.