Hadfield is a great base for walking and hiking into the Peak District National Park.

The Longdendale Trail is a long-distance trail following the former Woodhead railway line, which ran between Manchester and Sheffield and closed east of Hadfield in 1981. It has shallow gradients and a smooth surface that makes it popular with families and cyclists. Great views of rugged hilltops and a chain of reservoirs in the valley bottom can be had from the trail which has its starting point on Platt Street in Hadfield, just 150 yards from the station.

This former textile mill town has a very attractive traditional high street of small independent shops and cafés stretching down the hill from the railway station. The impressive Town Hall at the top opposite the station has a splendid statue of an angel holding a laurel wreath.

This statue features in the opening credits of the BBC comedy show ‘The League of Gentlemen’ because several shops and buildings in Hadfield are the filming locations for the imaginary village of “Royston Vasey” and feature extensively in the show. Does the newsagents next to the station car park entrance look strangely familiar to you?

A fuller appreciation of all that Hadfield and its’ near neighbour Padfield have to offer can be had by following the Hadfield and Padfield Heritage Trail around the two locations. An impressive series of 25 interpretation panels mark the route and point out items of historic and social interest along the way. One of the panels is located outside the ticket office at the station and makes a great start point if you are visiting for the day.

In June the town holds its annual Arts & Crafts Show at the Town Hall with a wide range of art and craft mediums on display for visitors to enjoy.

The station at Hadfield is conveniently located at the top of Station Road, the main shopping street in the town.

The ticket office inside the station building is staffed from approx. 6am until 7pm on Mondays – Saturdays and a ticket machine is provided to buy tickets from at other times. The building also contains a small waiting room but no toilet is provided. Public toilets can be found though on Station Road opposite the station car park entrance.

There is level access from the car park into the station building and through to the platform. If you are arriving by bicycle, eight securing hoops are provided on the platform.

All trains at Hadfield are operated by Northern Trains on their Hadfield/Glossop – Manchester Piccadilly service. There are trains every half hour on Mondays – Saturdays with extra services during the morning and evening peak periods. On Sundays the frequency is one train per hour.

The nearest bus stops to the station can be found at the top of Station Road not far from the car park entrance. Stagecoach Service 237 runs half-hourly on Mondays – Saturdays and hourly on Sundays connecting Hadfield to Glossop, Stalybridge and Ashton under Lyne. High Peak Service 393 runs hourly on Mondays – Saturdays and is the local bus connecting Hadfield, Padfield and Glossop.

The small group of station adoption volunteers at Hadfield are proud of their station, working hard all year to keep it looking its best.

Around the edge of the car park you will enjoy the flowerbeds which the group lovingly maintain and these are complemented by the bedding plants in the garden planters outside the ticket office. 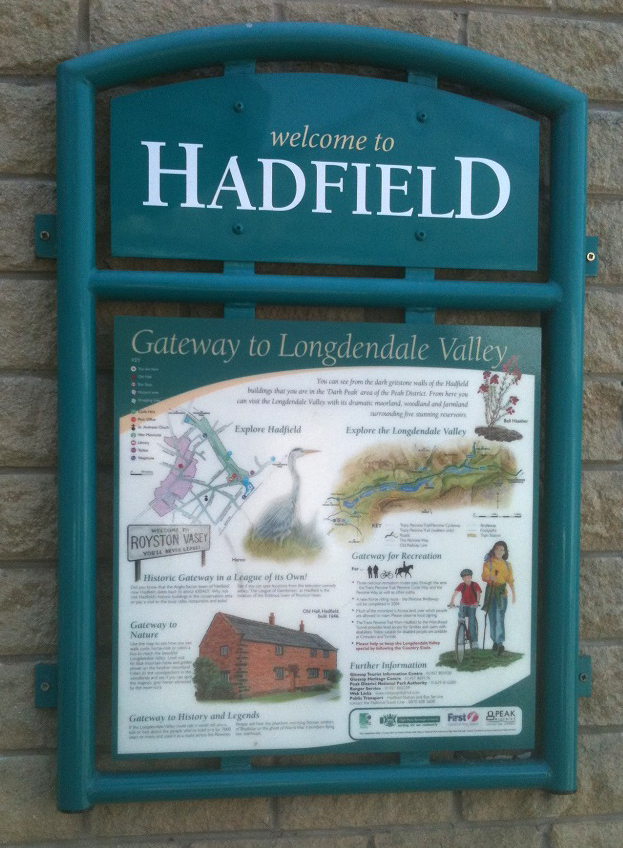 Look for the maps showing how to access the Longdendale Trail which is just nearby and elsewhere on the platform look for the illustrated history board describing how the coming of the railway influenced the future development of Hadfield.

Underneath the station canopy you will find examples of artwork by local school children located in the spaces of the old station building window frames. 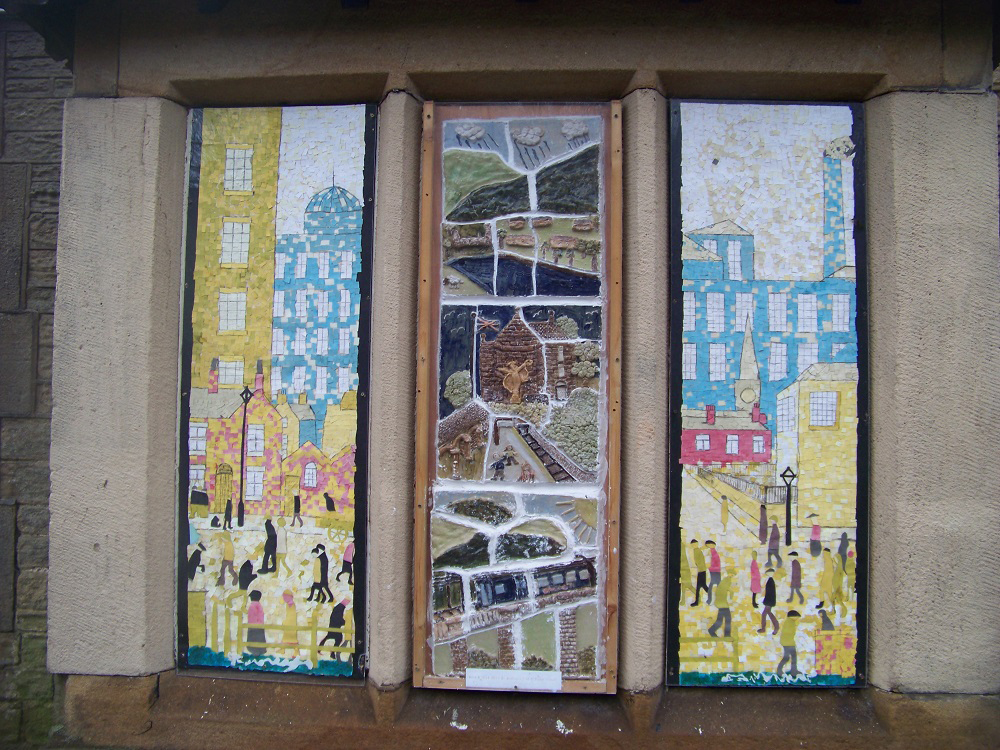