A Quick Guide to the Manchester - Sheffield “Hope Valley” Line

Always known for its wonderful scenery since the line through the Hope Valley opened in 1894, a journey on the Manchester to Sheffield Line features many interesting and enjoyable contrasts for you to observe from the train window.

Firstly, you have the major cities of Manchester and Sheffield at each end of the route, each with lively, modern city centre attractions and a proud industrial heritage to celebrate.

Then you have the progression through the suburbs where you catch fascinating glimpses of old buildings showing how these cities developed, and also the districts where people were attracted to live and work as the industrial age gathered pace in Britain.

Finally, the busy cities are left behind and the views from your train window become more relaxing and attractive, increasingly dominated by the beautiful hills, valleys, tunnels and viaducts of North Derbyshire and the Peak District.

Between Grindleford and Edale, five of the stations on the Hope Valley Line are inside the boundary of the Peak District National Park. This was Britain’s first national park and was established in 1951.

People travel from all over the world to visit the Peak District attracted by it’s exceptional beauty and the opportunities it offers for outdoor adventure. The area features some of England’s finest walking, cycling, fishing, caving and rock-climbing experiences, many of which are accessible from the Hope Valley Line stations. For example, Edale Station is the setting-off point for the famous Pennine Way long distance walk to Kirk Yetholm in the borders of Scotland.

Trains on the Hope Valley Line

Train services on the Hope Valley Line are a mixture of fast express trains hurrying passengers between Manchester and Sheffield plus an all-stations stopping train service. The latter runs at a more leisurely pace which allows you to admire the countryside more closely and hop on and off the train at the charming towns and villages along the line.

The fast express trains are operated by East Midlands Railway and TransPennine Express. These generally do not stop at the smaller countryside stations.

The all-stations stopping train service along the Hope Valley Line between Manchester and Sheffield is operated by Northern and runs once an hour in each direction seven days a week. These are the trains to catch if you want to get on and off at the small countryside stations all along the line.

Train tickets for stations on the Manchester – Sheffield “Hope Valley Line” can be bought on the day you travel from the ticket offices at Manchester Piccadilly, Marple, New Mills Central, and Sheffield stations. Also, ticket machines have been installed by Northern at all stations on the line.

If the ticket office is closed, or the ticket machine is not working, please buy your ticket from the conductor on the train.

Tickets can also be bought online from Northern’s website at www.northernrailway.co.uk/tickets

Most of the stations on the Hope Valley Line have step-free access on to the platforms and all the trains carry a portable ramp which the train crew will put down for wheelchair users to get on and off the trains. Please note however that the Sheffield-bound platform at New Mills Central and Hope stations, and both platforms at Chinley Station, can only be accessed via a flight of steps.

To check access for wheelchair users at any station in advance of your journey, please visit the Northern website www.northernrailway.co.uk/stations or call their Passenger Assistance Team on 0800 138 5560. We have also provided some access information on this website on the individual page for each station. 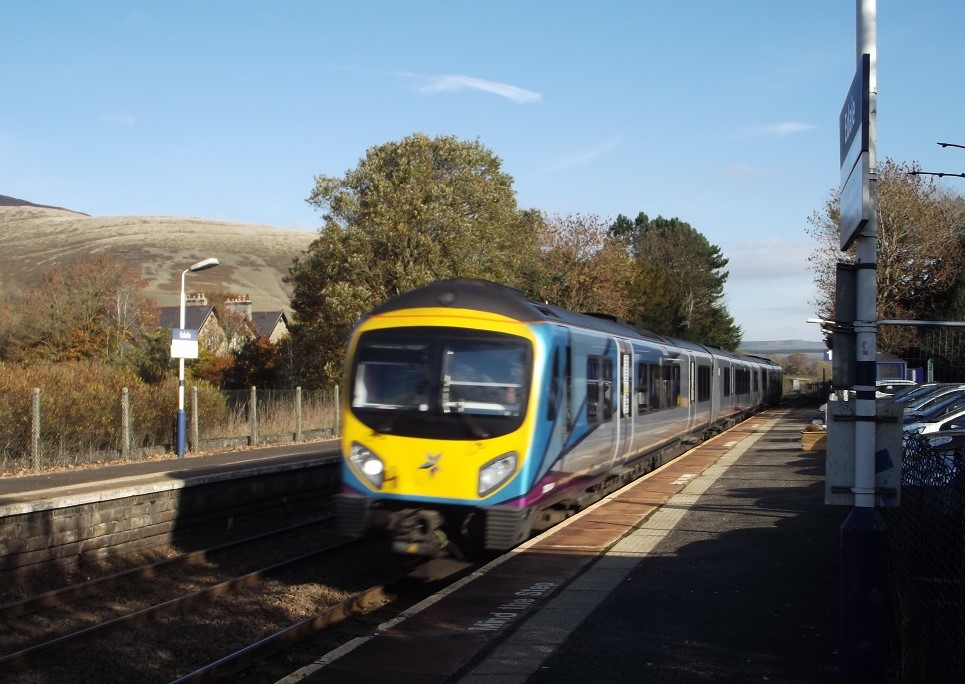