At Sheffield, you can catch the hourly Sheffield – Manchester all stations stopping service through the Hope Valley and Peak District National Park. This service is run by Northern and you can book your journey right through to a Hope Valley station when you buy your EMR train ticket. 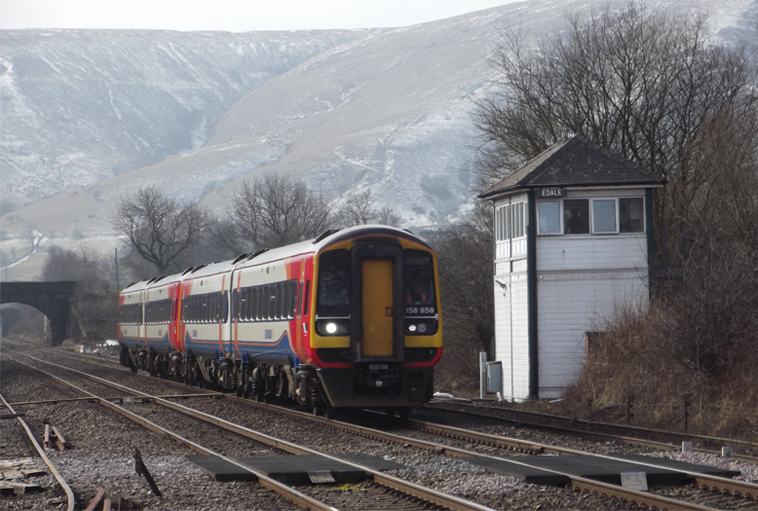 East Midlands Railway do run their own trains along the Hope Valley Line between Sheffield and Manchester but it is important to know that this is an express train service between Norwich, Nottingham and Liverpool. It does not stop at the country stations on the Hope Valley Line. However, these EMR express trains do stop at Stockport Station before reaching Manchester Piccadilly and you can change at Stockport for trains on the Buxton Line which are run by Northern (two trains per hour on Mondays-Saturdays; one per hour on Sundays). Trains for the Glossop Line can be caught at Manchester Piccadilly (two trains per hour every day) and these trains are operated by Northern.

East Midland Railway directly serve the south of the Peak District with their hourly all stations stopping train service from Newark, Nottingham and Derby to Matlock. Heading north from Derby, your train follows the valley of the River Derwent and features several towns, villages and buildings of historic interest from Britain’s Industrial Revolution which are part of the Derwent Valley Mills World Heritage Site.

From Matlock Station, you can travel onwards into the Peak District National Park either on the Peak Rail heritage steam railway which runs as far as Rowsley or by using the network of local bus services which serve the bus interchange next to Matlock Railway Station.

For bus and train journey planning